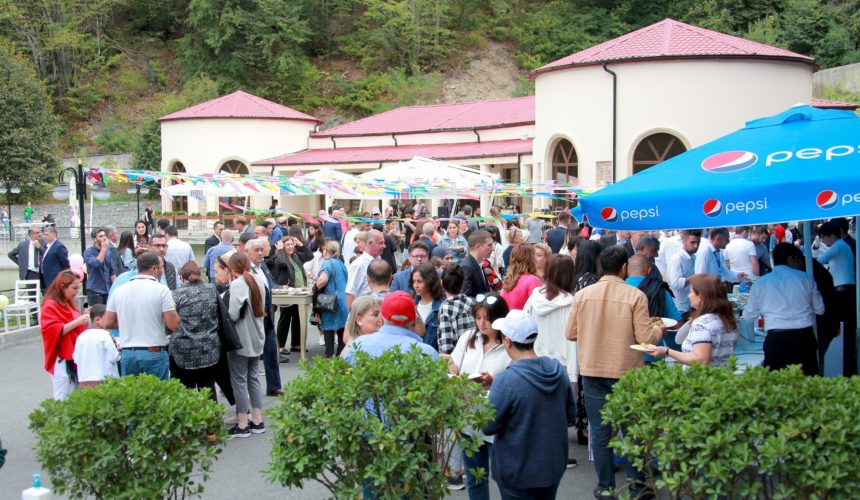 On 4 September 2021, the European Union-funded project "Promoting local food production and agri-business owners through advisory services" implemented by the Center for Economic and Social Development in partnership with the "Uluchay" Social-Economic Innovation Center and Center for Economic Development from Bulgaria organized the Food Festival in Sheki.

The project is one of several actions implemented by civil society organizations across the country with the European Union support and which are focusing on developing the potential of local food and enhancing the quality of local agricultural advisory services.

The Food Festival, organized by the “Uluchay” Social-Economic Innovation Center in the Marxal Resort & Spa recreation center, aimed at promoting the local food heritage and increase the attention to the region's food traditions among local and foreign guests. The traditional foods and local agriculture products from Sheki, Zagatala, Gabala, Oguz, Gakh, and Balakan districts were presented at the Festival. More than 200 people, including representatives of the EU Delegation, Embassies of the EU Member States, members of the Parliament, international organizations, and regional stakeholders, attended the event and tasted traditional foods of the region.

In his opening speech, the Head of Sheki Executive Committee, Mr. Elkhan Usubov, welcomed guests of the Festival and noted the importance of organizing the festival in Sheki and promoting traditional foods of the region among tourists.

In a welcoming speech, the Head of Cooperation Section of EU Delegation, Mr. Victor Bojkov, welcomed guests of the Festival on behalf of the European Union and stressed the role of the European Union in the development of agriculture and agri-tourism sectors and specifically initiatives for promoting the traditional food heritage of the regions of Azerbaijan. Mr. Bojkov underlined the role that traditional food heritage can play in both income diversification and the move to sustainable food systems.

Mr. Vugar Bayramov, the Chairman of the Center for Economic and Social Development, a lead implementing organization of the project, provided detailed information about the EU-funded project.

Mr. Ilyas Safarli, the Executive Director of "Uluchay" Social-Economic Innovation Center welcomed guests and provided the information about the event.