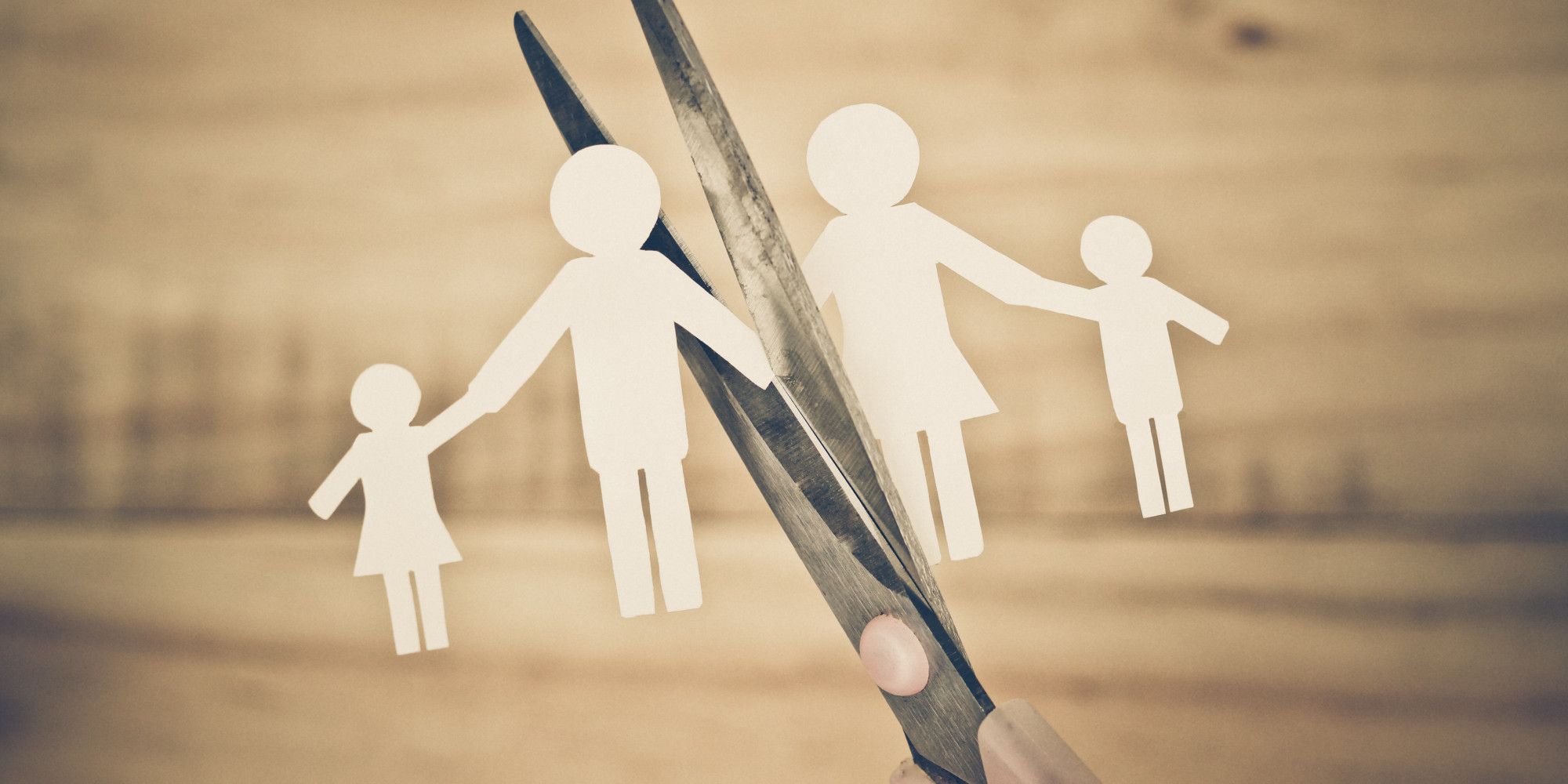 Divorce in Azerbaijan is still considered very controversial and not approved by many members of the society, especially older, traditionally thinking generations and people living in rural areas. The article touches on a gender-sensitive topic of the position of divorced women in society. Uluchay has conducted research by conducting several interviews with divorced women and desk research, collecting statistics and data from different sources to gain a broader understanding of the issue.  What overall challenges do women experience within and after the divorce process, what kind of protective legal mechanisms are there available, and how well are women educated about their legal and human rights? How does social stigma influence the whole process, and what is a way to tackle this multidimensional problem? What concretely can be done today to change and transform the current situation to create better conditions for divorced women in society and the future? It is a problem that needs a lot of attention in the quest to tackle gender equality issues in the country.

Women in Azerbaijan are officially entitled to full political, economic and social participation; the reality, however, is slightly different due to deeply entrenched patriarchal attitudes in the society, especially in rural areas. Family represents a very high value where a child is considered one of the essential elements of the family, men are the breadwinners and primary decision-makers, and women are most respected for their role of being a mother, whereas supporting the family financially comes as a secondary role if necessary. Unofficially dividing professions into male and female professions is also a problem. Men mainly occupy the business sector, management, economics, construction, and oil industry. In contrast, women are concentrated in education, healthcare, social services, recreation, and entertainment, falling into the lowest monthly pay rates. This kind of division creates a considerable gender pay gap, undermining the importance of education and the overall capability of women to enroll in various professions perceived as men’s professions and, therefore, more demanding. These traditional roles manifest women's economic, social and psychological dependence on men.

As mentioned before, creating a family is very important, and parents make a great effort to find a future husband for their daughters. Arranged marriages are still highly present in Azerbaijani society, and in some cases, girls in rural areas don’t have the right to oppose the candidate chosen by their parents. Often, families lie about specific conditions and circumstances in their families or withhold some vital information before the marriage, which can later result in unbearable living conditions for a woman, violating her human rights. Bad financial situation, unsuitable living conditions, big age difference, husband’s violent behavior or alcohol or drug abuse.

Women find themselves ungrateful- torn between standing up for themselves and their rights or continuing suffering and maintaining a good family reputation. Women often don’t have any outside support, and even their parents try to encourage them to be patient and stay positive for things to improve.

According to demographic indicators provided by The State Statistical Committee of the Republic of Azerbaijan divorce rate has been growing in the last couple of years. Statistics showed over 10 000 divorces in 2011, which rose to 14514 divorces in 2017. On the other hand, the marriage rate has declined since 2011 (with one exception in 2013), with a bit over 88000 marriages down to slightly less than 63000 in 2017. In the first seven months of 2018, 33009 marriages and 8537 divorces were registered. The divorce rate is still meager (between 1.2 and 1.5 per 1000 people) compared to other countries. There is also a pretty big difference between divorces in urban and rural areas where the number in a metropolitan area is twice to three times as significant as in rural areas, which could be the cause of several different factors such as better working conditions for women and awareness about rights of women, the lower stigma around the divorce and better access to various services such as the provision of legal and psychological aid.

“Living conditions were terrible, my husband had a bad attitude towards me, but my parents encouraged me to try and stay a little longer, saying that things would get better. I was the only one who knew the reality in the house.”

Domestic violence is highly present in Azerbaijani families and a leading reason for divorces, but it is still considered taboo. Victims of domestic violence are often reluctant to report it to the police since violence against women has been normalized and even accepted by women. Shame and fear of the impact on the family’s reputation and of not being believed and losing her children are caused by social stigma and inadequate education about women’s rights. Authorities and the police do not like to intervene as they consider domestic violence a private matter that should be dealt with and kept in the family. With that, they promote family unity, shame, and stigma around this matter.

Depending on the complexity of the case and the circumstances, divorce is an emotionally and psychologically exhausting process for a woman. The process itself is well known in the country; however, there are still many challenges women can face during the process taking into consideration that finishing the divorce process is not the only desired outcome but also the right to a fair process that doesn’t violate and undermine the rights of a woman. This can often be the case since many women are not sufficiently educated about their rights.

According to the State Statistical Committee, more than half of the families filing for a divorce in 2015 (6950 out of 12764) had no children.  Women without a child may experience discrimination in the divorce process by being mandated an administrative procedure that does not guarantee a woman's rights to the same extent as judicial proceedings. The organizational system can lead to women without children being forced to mutual consent, violating women’s rights regarding property rights and maintenance amounts.

“He had drug problems. I wanted to divorce him, but for the sake of our child, I tried to stay married longer. I didn’t want my child to grow up without a father.”

Divorces are not easily achieved even when requested due to domestic violence. Expensive legal services, lack of access to free legal aid, and limited number of lawyers in rural areas are one of the main obstacles that women face when seeking legal assistance. The lack of female representatives among police, law enforcement, and judicial systems also creates a barrier for women seeking legal aid since it can lead to not being understood or even discouraged from continuing the process.

The Republic of Azerbaijan family code (Government of Azerbaijan 1999b. Article 84.1) states that spouses must support each other financially. Many cases occur where men refuse to pay alimony, or they pay it infrequently. In this case, the right to bring to court the party with the necessary funds belongs to a limited number of beneficiaries (disabled persons, spouse with a disabled child, wife during the period of pregnancy and for three years from their birth of their child). This results in restricting women’s rights and their access to justice. There shouldn’t be any restriction on who can appeal to the court in case of absence or irregular payment of support.

Women face many challenges during and after the divorce process. Particularly in rural areas, a sense of belonging, fear of being exiled, and the established social, psychological and financial dependence on men discourage women from even starting the divorce process. Lack of family support, social dishonor, and intense pressures to keep families together make this first step even harder.

Social stigma is highly present around divorces in Azerbaijan. After divorce, women face many difficulties when starting their new life, and society doesn’t make it any easier for them. Divorced women face many improper job offers, destructive rumors, and difficulties in starting a new relationship. Men, on the other hand, have fewer problems creating a new family. Women are many times reluctant to go into public after a divorce. They lack emotional and psychological support to continue and establish their new life. Often, women stay married longer due to the social stigma of divorced women. After the divorce, husband and wife, in most cases, especially in rural areas, please don’t stay in good relations. The father often loses touch with his children, especially after he creates a new family. The society also perceives it unusual and strange if the father is still enrolled in his children’s lives after the divorce, which creates another form of social pressure.

“After divorce I didn’t go out of the house. I didn’t feel comfortable in public due to social stigma around divorced women”

According to Bayramova (2017), there are no systematic and consistent efforts toward societal transformation to address traditional gender roles and stereotypes limiting the personal, social, economic, and political freedom of women in Azerbaijan. This consequently makes the integration process of divorced women into society much harder.  Problems women face are caused by several factors connected to the patriarchal classification. It is essential to find an excellent approach to effectively deal with issues identified women face during and after the divorce, to ensure a fair divorce process, and provide them services that will enable them efficient integration back into society and help them gain independence.

There is a lack of supportive mechanisms available to women during and after their divorce. This problem should be tackled on many different levels, with prevention programs, awareness-raising campaigns, and direct programs available to women who are now facing challenges during their divorce and life after the divorce. Particular attention should be given to the prevention of arranged marriages, fighting the social stigma around divorces by raising awareness of the media,  reproducing of gender stereotypes in the Azerbaijani educational system by revising school books and other teaching materials, fighting against job division to male and female jobs to reduce a considerable gender pay gap, encouraging more women entering the police and law enforcement and judicial system.

As mentioned above, this problem is multidimensional and has negative effects on several different aspects of life. Divorced women should be given support on different levels depending on the area of life which is creating a barrier for them to newly establish themselves after the divorce.

At the beginning of the divorce process, many experiences little to no support from their family and friends. They should be offered professional psychological support and counseling during and after the divorce process, empower themselves, find motivation and resources to continue their life, and create their plan toward financial independence.

“I would like to have a job, where I won’t quit the next day because of inappropriate offers”

The provision of different courses such as computer courses, English and Russian language course, various vocational education training or training on the establishment of their own business would help them on different levels. New skills would help them become more employable and competitive in the labor market. Acquiring new skills would also serve as a tool for empowerment and gaining self-confidence.

A Series of awareness-raising campaigns around gender equality, divorce, and the perception of women in society would be a crucial step in the transformation of the minds in society. Breaking stereotypes and stigma around this matter can’t happen overnight. It is a long-term process; however,r it can serve as another empowerment tool for divorced women to recognize their value and power to independently continue their life without shame and regret regarding their decision. 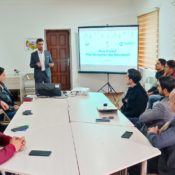 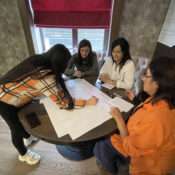